“Web 5.0” has become the largest revolution in the history of Internet. If you want to seize business opportunities, this is the time.

Blockchain brought in the largest internet revolution ever – said Mr. Yu Jianing, President of Huobi University, blockchain specialist, Vice Director mMmber of China Communications Industry Association Blockchain Specialized Committee (CCIAPCB), and Head of the editorial committee of the “2018 China Blockchain Industry White Paper”.
“Web 5.0” that emerges with industrial blockchain is an era of network of values. A financial revolution will occur, and the “network of values” will be born after Internet of Things (IoT). There are great business opportunities behind it. Mr. Yu Jianing talked about why the Internet is currently stuck and how blockchain will change the society.

Business opportunities are hidden in the stagnated Internet industry
Mr. Yu Jianing, who has worked in the blockchain business for many years, asserts that blockchain will revolutionize the Internet, entering the Web5.0 era.

Yu Jianing: The Internet has been upgraded four times from Web1.0 to 4.0. In Web1.0, the text network such as e-mail emerged, and it increased the diffusion of information. In Web2.0, platforms for content creations, such as multimedia and SNS, were created. In Web3.0, with the advent of mobile devices, mobile networks were realized and lifestyles changed dramatically. In Web 4.0, which is now, marked the establishment of IoT industrial network, the “Internet of Things” such as products was built and the industrial line was improved. 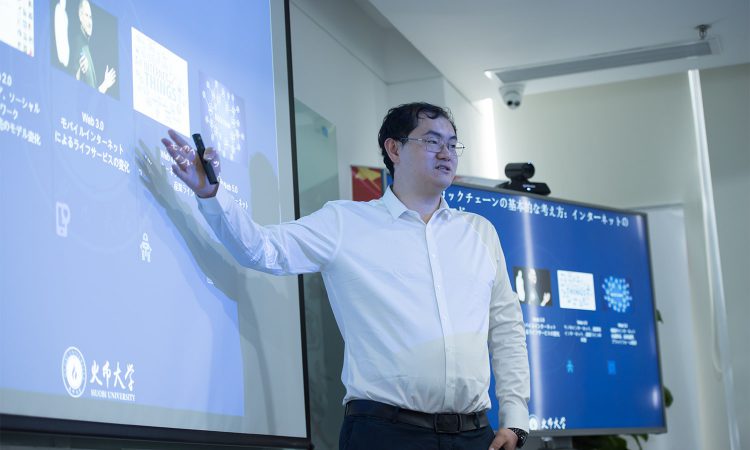 What’s about to happen in the future is the fifth upgrade brought by industrial blockchain. That is, the birth of value network. It is expected that the financial revolution will occur and the platform economy will take effect to bring about even greater changes than previous upgrades.

Yu Jianing: I think there are many opportunities for entrepreneurship due to the great changes. Successful companies have the foresight to enter the market when the revolution occurs. Now is the time to enter the blockchain businesses. There will be a second wave of entrepreneurial boom in the future.

The reason why an entrepreneurial boom will appear is that the blockchain increases the efficiency of complex Internet services. When e-mail was the mainstream, anyone could exchange messages with e-mail, but now the main message apps differ from country to country, such as Wechat in China, Line in Japan, Kakao in Korea, etc. Therefore, in order to conduct global communication, multiple apps must be downloaded. There is no compatibility and the degree of freedom is low. 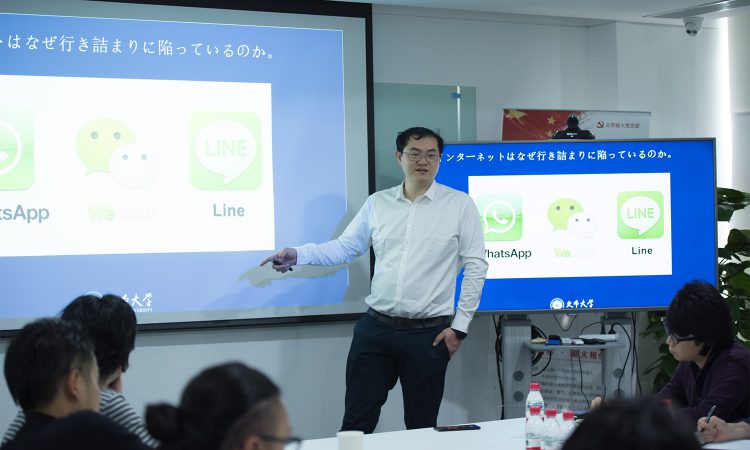 Yu Jianing: Large companies create closed services, and a small-scale, user-centric business model is emerging, but this will undermine the openness of the Internet. Users will also find it inconvenient. In the future, it will be difficult for companies to monopolize user information with increased emphasis in privacy protection, thus closed services will not be required. The Internet is now stuck. So there is a chance.

Management of assets has been taken away by companies due to technological advances
With the rapid development of new technologies such as AI, large companies have achieved further growth, centralization has progressed, and wealth as well as power are concentrated. Especially in the financial industry, this tendency is very obvious.

Yu Jianing: Blockchain is the only mechanism that can maintain fairness and distribute rights evenly. If the blockchain creates an ecosystemo of open community, the Internet industry will regain a high level of freedom.

The precondition to use a centralized system is to trust the operator. The operator of the financial system can arbitrarily change or tamper with the digital input of the amount. Yu Jianing says, “On small platforms, transaction records are often tampered with or canceled.”

Yu Jianing: This is an era in which assets cannot be handled freely. In the past, individuals can manage legal currency and gold directly, but today, most of them would deposit their asset in companies such as banks for digitization management, and wealth is no controlled by themselves. As technology develops and assets are digitized, everyone is losing control of assets.

However, these financial services face the same amount of risks and needs. Nowadays, no one really wants to manage cash and gold at home anymore. If individuals want to manage assets efficiently while maintaining control, it would be best to utilize blockchain.

Yu Jianing: Digital assets that can be realized with blockchain would be useful. If they are placed in the wallet, no one can take them away from you and you can pay abroad at the cheapest cost. Indirect costs are added to listings as many preparations and applications are needed, particularly, the costs required for listings in foreign countries are enormous. Such indirect costs can be reduced if information and assets are recorded on the blockchain. 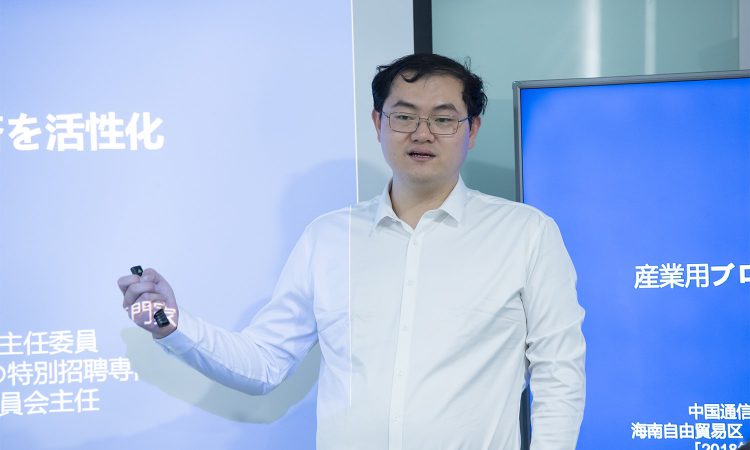 The reason that the financial industry is inefficient
Yu Jianing: Globalization has made it easier to communicate with foreign countries, but international remittances are still inefficient. It takes 2 days to remit money from China to the U.S., with a fee ranging between USD 90-900. There are many stages in the remittance process, and no matter which stage it fails at, something will go wrong, resulting in a refund. This vulnerability is also a disadvantage.

Financial services are both digitized and inspected visually. The system is complicated, even if you just need to transfer money from account A to account B, it still has to go through an intermediary firm.

Yu Jianing: By taking advantage of blockchain, you can transfer money from account A to account B directly. Bitcoin is a classic example, and it can be said that it is the first international “World Bank”. There is no need for an intermediary agency, and users themselves act as branches of the World Bank. Unnecessary costs are reduced and efficiency is increased significantly.

Huobi’s mission is “to make finance more efficient and wealth more free”. Blockchain is the means to achieve it.

Yu Jianing: In the future, blockchain laws and regulations will mature, and there will be no lawless zones in the industry. Blockchain balances data industrialization and privacy protection, establishing a new platform for value sharing .It will be an incentive to escape from the old structure of the industry monopolized by large companies. We also aim to boost the efficiency of the financial industry and revitalize the economy.

AIre VOICE publishes the latest news on blockchain and features interviews as well as columns for people with various backgrounds. Please have a read.